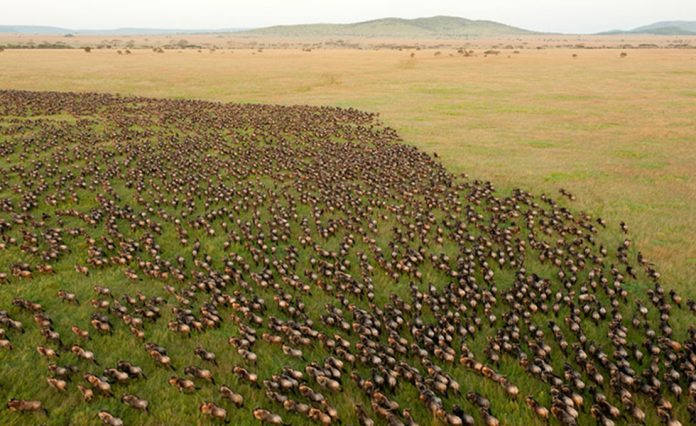 The Travel Industry can be a cruel beast. One month you’re booked solid and can’t find a leopard up a tree without being swarmed by other safari vehicles and the next you’re practically alone in the wide expanse of the Serengeti. But, travelling in the traditional low season definitely has its perks…

The first, and most obvious, reason to go on a safari in low season is the specials! Every tour operator and lodge owner is trying their best to fill up their rooms and vehicles – and this means they’re content to drop their prices and take a loss, just to give their staff something to do for these months.

Although many an agent might tell you otherwise, there’s nothing wrong with travelling out of season and saving a few bucks. After all, destinations like the Serengeti and Maasai Mara are filled with animals year round as well as kitted out with some of the most luxurious camps in Africa, so you’ll still see game and get to live like a king (or queen) for a fraction of the cost.

The reason most people come to Africa in the first place is because one image or photographer somehow captures something so absolutely stunning that you simply have to see it first-hand. Africa is lucky enough to have a multitude of stunning photographic destinations and the low season can offer you some of the best opportunities to hone your photographic skills. In the Serengeti rain clouds can create pictures with immense depth and colours that you may not have thought possible in nature. In many southern African countries, low season is actually the best time to see animals as the summer rains have passed and animals flock to water sources. This is the best game viewing time of the year and most foreigners completely miss it.

While the camps and lodges in many of Africa’s parks won’t be full, that doesn’t mean you will be treated any less luxuriously than in high season. Quite the opposite usually, as the staff have even more time to pamper and serve you. A partially full camp is the best kind of camp when you want to be treated like a true VIP.

As a child I was lucky enough to travel to many of Africa’s best game reserves and what I learnt in my youth is that nothing compares to the feeling of finding a rare member of the Big 5 – and getting to watch it alone for as long as you want. Not crowded by safari vehicles and loud tourists, simply relaxing and observing without disruption. A true safari experience!

Travelling alone can be daunting for many reasons. You may worry about making friends or see it as too much of a risk to visit Africa on your own, but one of the biggest obstacles for the single adventurer is the cost. In high season you will be charged a single supplement in order to make up for not taking both beds in a room or tent. Luckily, during low season, a lot of operators lower or waive the single supplement in order to fill their camp. There is no better time to tick Africa off your bucket list by yourself than low season. Wild Frontiers offers singles and ladies only scheduled departures in order to make travelling alone even easier. Check them out here.

Wild Frontiers owns three seasonal Serengeti Camps as well as three properties in Uganda and we are running a low season special for April and May 2017 where your 4th night in any of our camps/lodges will be completely FREE. If, however, Tanzania and Uganda aren’t that high on your “must-do” list then feel free to contact our offices on reservations@wildfrontiers.com and let us tailor-make a trip to almost anywhere in Africa for you and your family.