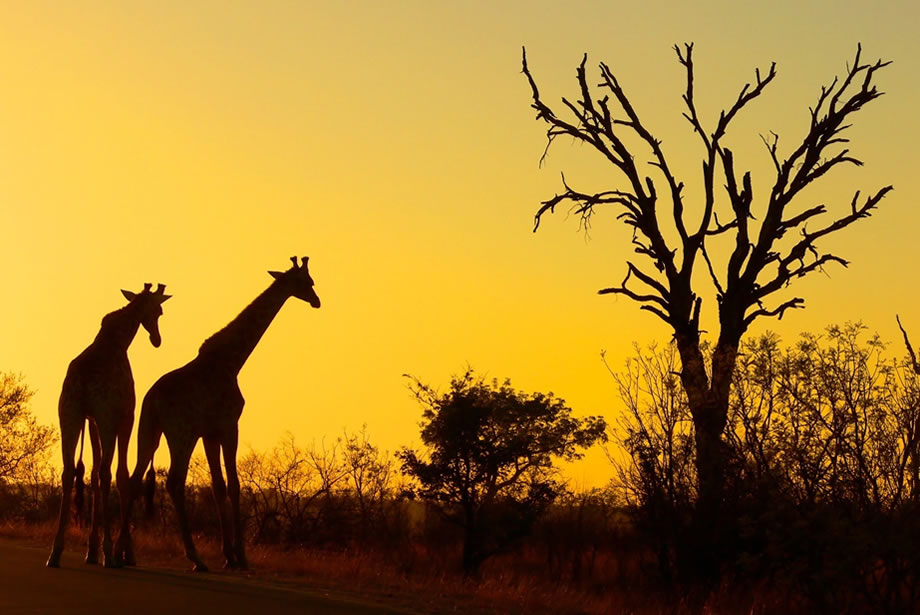 Once in awhile a safari is good to go beyond boarder and explore other countries and continents but it all depend on choices and interest. Africa has more than 50 countries each with abundant wild life and good weather that is most favorable all year around with no hindrance to any travels. In African you will find everything in its natural setting which is more fascinating and sometimes hard to choose from which country to visit. Below is a hint  of possible countries to visit

The country is a tourism gem with a number of safari destinations almost near each other which makes it easy to connect. Gorilla trekking in Bwindi national park and Mgahinga national park is a major highlight for a safari in Uganda but usually people combine it with other activities like chimpanzee tracking in Kibale forest national and Kyambura or Kalinzu in Queen Elizabeth national park as well a game drive through queen for a wildlife viewing where you will spot several mammal species including the tree climbing lions of the Ishaha sector. Other popular destination includes Murchison falls National Park and Kidepo national park the for those looking for an extended safaris in Uganda. Kidepo is hidden away against the border with Sudan and Kenya in an extremely remote corner of Uganda. Unfortunately, expensive flights are needed to include Kidepo Valley. Overall, many Uganda operators are turning to flying to avoid the very long drives over poor roads that holds Uganda back as a destination.

Uganda is relatively cheaper compared to other African countries but with major wildlife highlights which makes it the best African country, imagine a gorilla permit in Uganda is cheap yet with two gorilla destination that give different tracking experience compared to the neighboring country.

Other than wildlife, Uganda is a birding destination with 1065 birds, with several endemic species. Lakes and rivers and the longest Nile River perfect for adrenaline adventures, the countries security system is tight with no civil threats which make it safe for the tourists to visit.

Rwanda is small country whose history is so rich past the terrific horror attack of 1994 genocide that left thousands of people life less.  As such there is an impressive genocide museum, which in fact recounts just how often genocide has happened throughout the world.  However there is great national pride that Rwanda holds the past has not affected the country but opened its opportunities for the better, so far Rwanda ranks the third luxurious tourism destination in East Africa.

Rwanda is among the three countries in Africa that host mountain gorillas and gorilla tracking is the major high light of a safari in Rwanda. Volcanoes national park in Rwanda is your safari destination to an up close encounter with the mountain gorillas in their natural environment. Other gorillas Rwanda has other unique primate which include golden monkeys in v0lcanoes national park, chimpanzee, black and white colobus monkeys, grey cheeked mangabeys and other primates in Nyungwe national park.

A lot more of activities to enjoy while on safari in Rwanda include walking safaris within the city towns, biking and cycling passing through the green rolling hills, cultural experience and history of Rwanda from Iby’Iwacu cultural village and game viewing from the  Akagera national park to spot numerous wild animals and the big five family.

Rwanda is certainly one of the clean cities with a good of connection of roads and infrastructure development that makes it a perfect safari destination in Africa.

Kenya is among the best safari destination in Africa for its popular Masai Mara national park where life in the wild begins. The park is highly associated with big cats that at no doubt you will miss to see them while on a safari. Kenya has a vibrant culture for cultural experiences and a lot of activities to enjoy while in safari which include, walking safaris, horse riding and game viewing. Kenya has a quite number of reserves and national parks offering great adventure to the visitors for example Laikipia in Central Kenya, has become an outstanding place for game viewing of rare species like African wild dogs and Gravy’s zebra. Nakuru national park has a wide range f bi9rd species a perfect destination for the birders.

Much as Kenya has a history of terror attacks, the security is tightened for the tourists who come to explore the country, city hotels and airports have security so the country is very safe for safaris.

This is the ultimate safari country for a classic safari staying under canvas and traversing wide open plains teeming with animals in amazing quantities. Tanzania host s famous destinations, like Serengeti, Ngorongoro Crater, Zanzibar and Mount Kilimanjaro. It also has parks that are barely known, yet would be the crowned jewel in almost any other country, like Ruaha, Katavi and Mahale National Parks. All of this supports the greatest wildlife quantities in all of Africa with an estimated 4 million wild animals, including the continent’s largest populations of many safari species such as lions. Tanzania is home to the legendary great migration of roughly 2 million wildebeest, zebra and gazelle moving through the Serengeti ecosystem. At Lake Tanganyika you can experience the magic of Mahale National park with white sand beach, thick jungle and the thrill of hiking in to view chimpanzees. Katavi and Ruaha are among Africa’s best kept secrets, offering astounding big game viewing in very wild areas. The country is also considered a luxurious destination with good infrastructure like hotels and lodges for tourists.

South Africa offers fantastic wildlife viewing, beautiful beaches, trendy cities and much more. Kruger is its flagship park with many self-drive and budget options, and all of the Big Five are easily seen which include lions, buffaloes, elephants, rhinos and leopards. For the first time visit in Africa Kruger national park in South Africa will offer you the best service, the secret is the habitat variety, from hills and savannah to woodland and riverine forest. Abundant water helps, with perennial rivers ensuring game concentrations year round. All-weather roads also make this a top bet for the rainy season.

Kruger national park has exclusive lodges to large public camp, and from night drive to wilderness trail, Kruger really does offer everything.

Going on Safari in Uganda