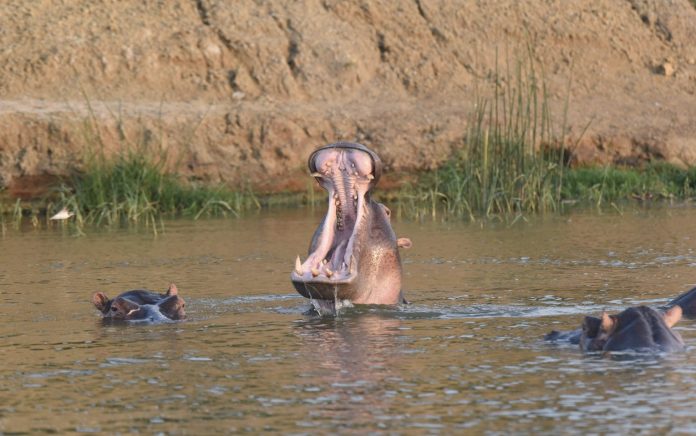 Do you like Uganda Tourism? Are you aware that Uganda has the best safari options in East Africa?

On this page, therefore, allow us to give you a comprehensive list of Uganda safari attractions and how to get there

Uganda is an exclusive safari attractions destination from other African countries because of its large forested area with Afro-montane forests, Lowland rain forestand their openness gives you a stunning sight of the forest creatures like gorillas, chimpanzees, monkeys, butterflies, and birds

All you need to know about the Best Safari attractions of Uganda.

If you go through Uganda’s National parks and game reserves, you are likely to encounter safari attractions like Lions, Gorillas, leopards, buffalo, elephants, giraffes, and other several varieties of animals not found anywhere in Africa.

Uganda has over 10 protected National Parks and game reserves. These protect plain animals, the forest environment, Savannah, and the related animals It will be the biggest mistake if you leave Uganda without visiting these parks. We have made many trips to these parks and have to present to you what is there in brief.

One reason I love Uganda is that it has just the right size: not too big, not too small. Most of the important sights are situated close to each other and even the farthest safari attractions in Uganda are easily accessible by public transport.

The existences of such water bodies facilitate a moderately wet climate which gives out a conducive climate to enjoy Ugandan safari attractions, with the countryside greener and fertile compared to the semi-desert northern side.

Around these water bodies are diverse bird species not easily found anywhere in Africa especially the rare shoebill and the papyrus gonolek.

Uganda is covered with a flat terrain at altitudes of 1,000-1200m and by the result of rifting and warping, the East African landscape was formed giving way to the Western rift valley of Uganda and the most gorgeous mountains like the Rwenzori Mountains neighboring Congo with Margherita peak 5,110m as the 3rd peak point in Africa.

Other main mountains include Virungas on the Rwanda boundary with Muhavura as the utmost of Ugandan peaks at 4,127m, Mt Elgon 4,321m, Mt Moroto3, 084m, and numerous others. All these Mountains are homes to forest habitats and have high grasslands

Uganda has a lot of interesting Safari Attractions to see in many spots of the country.

Many travelers think that Uganda is just a small country and can be explored without any preparation and planning but that is a lie and that’s why we have set up this site so that we can help those who would need to visit Uganda.

Our ever-growing list with descriptions will help you choose what fits your tests.

Uganda is home to half of the remaining population of Mountain Gorilla in the whole world. You can do gorilla safaris in Mgahinga Gorilla national park and if you are capable, try Bwindi Impenetrable National Parks.

Mountain gorillas are one of Uganda’s top tourist attractions. Uganda is home to half of the world’s surviving population of these endangered species. These precious, beautiful gorillas can only be found in the tropical rainforests of Mgahinga gorilla national park and Bwindi Impenetrable national park where eighteen families are available for tracking. This activity gives our tourists a memorable experience.

In almost every safari to Uganda, you will see birds, this is because Uganda has over 1,000 species compared to 700 in the whole of Europe. Uganda is among the world’s best birding destinations which boast a great number of unique bird species which are found nowhere else in the world. It is because of the favorable climate and attractive habitat.

Game viewing is one of the main safari attractions; you will see the Lion, Buffalo, Monkeys, and other primates in the National parks. Uganda’s national parks have a rich diversity of wildlife species which gives a great opportunity to explore animals in their natural habitats. Queen Elizabeth, Murchison Falls, Lake Mburo, Semiliki, and Kidepo Valley national parks offer wildlife safaris and scenic viewing. The boat/launch trips are an added advantage to view wildlife.

The longest river in Africa and the world at large provides rafting opportunities at Jinja. Information on rafting as one of Uganda’s safari attractions has been gathered here…The source of the Nile is located in Uganda, Jinja, and the rapid waterfalls make it a famous destination for rafting and bungee jumping.

A combination of Bujagali falls with roaming rapids; good scenery attracts many for relaxation. White water rafting can take half-day, full-day, or two days. Click here to enjoy yourself with rafting and other safari attractions that accompany it

Though a small country, Uganda has different tribes with varying cultural traditions, customs, beliefs, and backgrounds. The various regions of Uganda have kingdoms such as Buganda Kin, Bunyoro kingdom, Tooro Kingdom, and the Busoga Kingdom. The Baganda is dominant.

The recent restoration of kingdoms in Uganda has boosted up cultural sites…for example Kampala which is Uganda’s capital city where we find the royal tombs (Kasubi tombs). Because of the different cultures, it involves a number of attractions, ceremonies, and historical events. Music, dancing, visit of traditional sites like Mparo tombs, Kasubi tombs, the Nakayima tree, local traditional beliefs, handcrafts, kabakas lake, and experiencing circumcision ceremonies among the Bagisu.

The rich cultural traditions have led to the development of community tourism which has helped in the improvement of the local communities in Uganda. All the cultural activities are eco-friendly and culturally respected.

It will be hard for you to understand the culture of the Uganda tribe as every tribe has its own taboos and totems.

One of the most challenging mountains in Africa includes the Rwenzori, having the highest Mountain ranges in Africa.

The Rwenzori Mountains are known as the “mountains of the moon” reaching an elevation, of 5109m. The six snow-capped mountains with unique vegetation provide a lifetime rewarding, adventurous climbing experience. The Italian Duke of Abruzzi, Prince Luigi Amedeo was the first climber to reach the highest peak.

The central circuit takes 7 days, but there is an option to hike for fewer days. Mount Elgon being an extinct volcano with everlasting flowers offers hiking and many other safari attractions through the different trailheads.

Lake Victoria inhabits 84 beautiful Islands which are still virgin. This offers a great opportunity for relaxation on the beaches while enjoying and feeling the cool lake breeze. While on the islands you can do a forest walk or nature walks and boat rides.

The islands can be accessed through public transport from either Bukakata which takes 45 minutes or the Nakiwoogo ship from Entebbe which takes 3 hours. There are possibilities of hiring private boats. Activities include fishing, bird watching, and nature walks. An ideal place for a holiday or vacation.

This sport adds much to Uganda safari attractions, it is done using a single rod and reel. The fish caught are not for sale. Uganda is well endowed with a number of lakes and rivers. Sportfishing can be done on Murchison falls national park and Lake Victoria which is the largest fresh water in Africa. Tilapia and Nile perch are common species.

I had never intended to bungee jumping but afterward as the adrenalin pumped through my body and the rush took over, I struggled to contain the excitement. This had been one of the best decisions I had made in some time.

It remains one of the most bizarre and unforgettable experiences of my life; to force myself to leap from a platform at what seemed like an impossible height above the Nile. There is no way I can explain it to you, but in fact, we have made a full page for bungee jumping is you like it down here it is done on the source of the River Nile

Uganda provides an ideal ground for a true forest walk in over four forest reserves and that adds another soup to safari attractions in Uganda.

The primates are among the most popular features of the Uganda forest which include more than 10 species. The largest yet most peaceful are the gorillas, who share 95% of their genes with humans. The mountains of Bwindi and Mgahinga National Parks are home to 19 habituated and endangered gorilla troops.

Limited numbers of tourists can visit the gorillas (only 8 passes are issued per day, per gorilla group), so as to cut down on any disruption to the gorillas in their natural environment. The chimpanzees (who are genetically even closer to humans) have been habituated for tourists and can be visited in one of four areas which include; the Kibale and Budongo Forests, the Kyambura Gorge, and Ngamba Island.

One Week In Uganda : 7 Days Self Drive Itinerary

Encounter the Wild Side of Uganda